ESG and ISO26000 are best implemented with the support of a worker voice app. Organisations which adopt the ISO26000 standard can refer to their use of its principles in their business operations and day-to-day activities and feel confident that this brings them in line with international best practice for ESG, worker voice and real-time delivery of social and governance standards.

As the BSI (author of ISO26000) states: “The standard seeks to promote a common understanding of social responsibility while complementing – but not replacing – other existing tools and initiatives. When applying ISO 26000, organizations should consider societal, environmental, legal, cultural, political and organizational diversity as well as differences in economic conditions, while being consistent with international norms of behaviour.”

ISO26000 is not a standard against which an organisation can be “certified”, unfortunately – but perhaps that is also appropriate given the wide variety of cultural norms and definitions of social responsibility around the world. But implementing ESG and ISO26000 via a worker voice app delivers an immediate win for organisations that are seeking to achieve best practice.

Our worker voice app, and the resulting social score, are fully aligned with the principles of ISO26000. 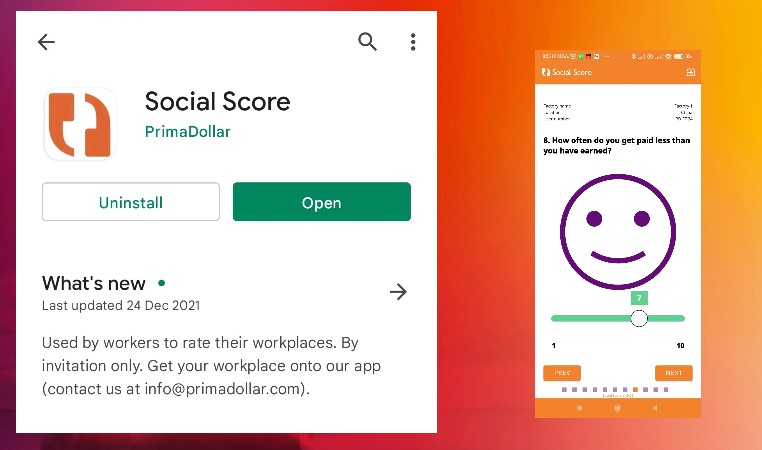 Who is the BSI – what is an ISO standard?

An ISO is an “International Standard for Organisation”. It is a definition of best practices and most ISOs include a framework and certification process. ISO26000, as already stated, is not capable of being certified because of the breadth of the subject matter included in the standard and the diversity of social and cultural norms involved in considering what best practice might look like. On the other hand, organisations that aspire to achieve best practice in the management of their workplace and business operations should look seriously at embedding ISO26000 into their policies, procedures and processes.

The BSI website dealing with ISO standards is here. ISO26000 can be purchased from the BSI here.

There are three main sections:

Implementing ISO26000 requires an appreciation of social interactions inside a workplace and between a workplace and the society it operates within. That society includes distant customers as well as neighbours.

The worker voice app is a communication tool – connecting workers in the workplace to managers, owners, corporate customers and ultimately to consumers of the products or services in shops or online.

Implementing the worker voice app can be a central, even an anchor part, of an implementation of the ISO26000 standard:

The worker voice app and social score are not a substitute for a detailed implementation process of ISO26000. But workplaces that implement the worker app get a significant headstart on the various steps and processes that they need to go through in order to comply with the standard.

As the ISO sets out, the standard is a way of doing business not just a set of standards and rules – and ultimately, that is about defining what is important, and then communicating that to stakeholders (employees, customers, consumers).

How can I find out more?

With a global network and global coverage, talk to us.