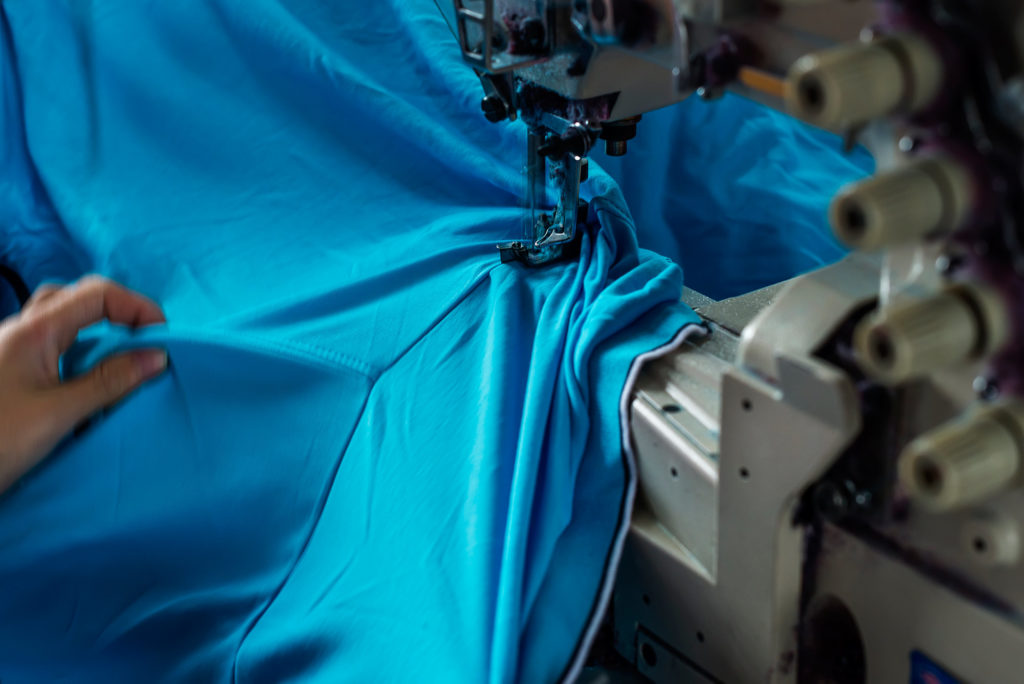 Employment conditions in global supply chains and ethical sourcing strategies are big news. Yet the more we try to squeeze out undesirable or unfair working practices – sometimes the worse we make the problem. Long term regulation is not the right answer.

On the one hand, this is a game of “whack-a-mole” and on the other hand, regulation has a variety of other costs which can lead to undesirable outcomes over the medium to long term.

“Whack-a-mole” is a fairground game where players use a mallet to hit toy moles that appear at random through holes in a large board – the point being that whenever one mole is hit, another pops up – and the game never ends.

The UK garment industry: article in the Financial Times

It may be a surprise to many – but this story starts in the UK.

A recent in-depth article in the FT covered working conditions in garment factories in the UK (specifically in the network of contractors and subcontractors surrounding the English city of Leicester). The article is behind a paywall, but it sets out the results of an in-depth investigation by an FT journalist into working conditions for factory workers in the UK garment industry.

Here is a link to an opinion piece that summarises the findings and puts them into context: Link to the FT comment.

Quoting from the FT article:

“The cheap bit of that equation is what poses problems in a country [UK] with a minimum hourly wage for over 25s of £7.83. It stretches credulity that companies can consistently retail £6 and £7 dresses — such as the ones from Leicester that our correspondent bought online — made in ways that comply with labour laws. Asked to cost these and two other cheap garments, one Leicester manufacturer came up with revealing findings. Even with zero margins, he would not be able to make three out of the four economically.”

The article highlights how:

Five years ago, global supply chains in the garment industry received a major wake-up call when a building collapsed in Dhaka, Bangladesh (Rana Plaza). Over 1,000 workers were killed and a spotlight was shone on the conditions that workers face on the front line – workers who make the clothes that we walk around in every day.

The reaction of the authorities to the Rana Plaza disaster was reasonably swift, and involved a coordinated effort between government, garment industry associations and leading garment buyers.

Bangladesh now has one of the toughest compliance regimes in the world, albeit there are plenty of backstreet sub-contractors still working on CMP (“cut-make-pack”) sub-contracts for the big guys who have demonstrable compliance.

There are a variety of consequences that have flowed from the implementation of compliance regimes:

Good things have come from regulation

The regulations in Bangladesh set out minimum standards for worker representation, audits of conditions (including wages, time off, overtime arrangements, facilities), confidential random interviews with workers to validate compliance, engineers to check buildings, strict rules around fire protections and so on.

This has led to:

But regulation has a cost

Reaching for the regulatory rule book and policing the market is the sticking plaster that we all instinctively reach for. Capitalism cannot be trusted to factor social costs into a manufacturing equation.

But there are consequences of regulation:

Moreover, although we might wish to judge, from our privileged seats in the West, one of the consequences of the regulatory attention in Bangladesh has been less employment in the garment industry in a country where the alternative options can be rather limited.

Just like water, capitalism finds it’s own level. Human nature is what it is.

As we know from the banking industry (all too well), unbridled capitalism can result in undesirable / unacceptable social costs; it can mean that weaker stakeholders (eg: employees in the garment industry, depositors and customers in the banking industry) may need additional protections through regulation.

But regulation is expensive, generates other kinds of costs and market distortions (see what has happened in Bangladesh above), and sourcing can end up just moving elsewhere, where maybe we cannot see what is really happening.

So the answer is not just regulation but a combination of two things:

There will always be people who work out how to game the system – and the game in this respect is a game of “whack-a-mole”. We knock down the mole in one place only for him to pop up in another. As pricing pressure continues to increase, the temptation to source more cheaply from less well-policed environments increases as well. You pay your money and you take your choice.

The cost of an ethical approach

Ethically-run retailers (like ethically-run banks) are at a price disadvantage. It is really important that the price disadvantage is compensated for by appropriate marketing and an appropriate level of balanced media support for those who are working hard to get things right. Policing the system is not free – but regulating is not a long-term answer. It may be a necessary in the short term to force change, but then it needs to fade into the background.

It is important to note that there are steps now taking place in Bangladesh to reduce the amount of regulation, now that the house has been (largely) put in order. The spotlight will continue to shine on working practices across the industry, and this means that there are opportunities for the disadvantaged to complain, and for the local and international media to provide some level of surveillance.

So what’s the answer?

These are difficult issues to manage.

The answer is not long-term regulation.

Regulation can be used short term to shine a spotlight where it is needed and to force behaviour change.

The answer in the long term is to ensure that the spotlight continues to shine.

Which brings us back to Leicester in England, the comparison with Bangladesh – and the global game of “whack-a-mole” involved in ensuring that standards in supply chains continue to improve.

It is important to be realistic that this is a global issue, and not one that is confined to a few newsworthy locations in South Asia or elsewhere.